Let's jump straight into it,

A man is looking at me with increasing curiosity as he walks past. I didn’t notice him at first but as soon as I get up from my crouched position, I realize he must’ve been watching me for quite some time. I open my mouth to start a cheerful ‘good afternoon!’ but the man quickly averts his eyes. His gaze lingers long enough for me to start an audible ‘good’, only to complete my uttering with a waning ‘morning…’ that I quickly muffle under my breath when I realize he doesn’t want to interact with me. It’s a little awkward, but I can’t blame him for not trusting a grown man hunching over a bunch of shrooms in the middle of a field.

I look down at the camera in my hands to see if this awkwardness was worth it, and look at a beautiful image of a mushroom in a field. I like it, and I'm glad I went through the effort to take it, but it’s still a photo of a mushroom. I wouldn't dare call it anything but a pretty snapshot. Honestly though, I'm struggling to see the value of my work in general. Very rarely do I look back on something I've created with a sense of pride that is not tainted by overanalyzing of what I could've done instead. I can't look at old photos without wanting to do a re-edit and I can't read old stories without the urge to go in and rewrite, restructure, and remove things.

More broadly, I don't think my work is all that great to begin with. Especially when I compare it to stuff other people around me make. I still get jealous of photographers that have been at it for way less time than I am and already walk away with these amazing results. Of course, I don't wish to take away anything from those people — I want us all to thrive. But I do feel like I could, and should, do way better than I'm doing right now. Now, I know most of this is just in my head and I will not let it distract me from doing more work. I'll still jump into a situation that requires me to deliver without much hesitation because I know I can deliver to a level that will satisfy the needs of a project. While I am doing that though, moving around finding compositions, turning the knobs on my camera, putting myself out there, I also feel insecure, inadequate and afraid. Afraid somebody might find out how bad I still am at all this.

I rather feel dumb and insecure for trying, than miserable for not trying at all.

If that sounds vaguely familiar to you, then you will also be familiar with the official term for this. It's called imposter syndrome, and I'm sure many of you have experienced it in some form as well. It's 'a psychological occurrence in which an individual doubts their skills, talents, or accomplishments and has a persistent internalized fear of being exposed as a fraud' and yes, I grabbed that definition straight from Wikipedia. For me, the feeling comes and goes but I will never let that fear paralyze me. I just have to create stuff. I have to do things. So despite feeling stupid for trying a lot of times, I’m going to do it anyway. I’m miserable if I don’t. So I rather feel dumb and insecure for trying, than miserable for not trying at all. Instead, I use those insecurities to continuously spark my curiosity while keeping myself grounded at the same time.

Getting in the zone

Somebody taps on my shoulder, which startles me a little. I look up, straight into the eyes of the man that just passed me. Apparently, he turned around. He notices my uneasiness so is quick to say ‘sorry to disturb you, but I’m just wondering what you are doing here’. ‘Oh me?’ I respond. ‘I am a photographer, see?’, I tell him while gesturing at my camera, ‘and I recently purchased this lens that requires me to focus manually. I’m just practicing with that a little bit’. ‘Ahhhh I see’, the man replies, before embarking on a prompt ramble: ‘I used to make photos back in my day as well. All we had was manual focus. Have you tried zone focussing yet? It’s good for photographing subjects on the street, especially moving ones. Though your mushroom right here doesn’t really qualify for that’. ‘Actually’ I respond with increased enthusiasm, ‘that’s why I bought this lens to begin with’. ‘I’ve recently had a growing interest in street photography and, after studying the work of the greats from the past century, I was inspired to adopt their methods too! This is still a cheap 7Artisans lens but I thought it would help me figure out if this zone focussing thing with manual glass is working for me. I’ve mostly been missing shots so far, so that’s why I’m now practicing on this little fungus first’. ‘Sounds like a plan, man, but you won’t learn much from photographing things that don’t move. You should find a place that’s more busy with moving subjects if you really want to practice’ the man responds as he reaches out to shake my hand. I wrap my fingers around his and after a vigorous shake the man retreats. 'Try downtown!' he yells over his shoulder as he's walking away.

📧
Just to be clear, email goes both ways! Please feel free to reply to these emails with any of your thoughts and comments. This newsletter is called Dialogue for a reason.

A few days later, the interaction still lingers in the back of my mind. That man was right, I‘ve been making things too easy for myself and, as a result, am not growing as quickly as I can. I should challenge myself and embrace the awkwardness that comes with it. It’s better than sitting at home wondering why I can’t seem to master any new techniques.

A small train ride to Utrecht brings me to an area that’s much more vibrant than whatever I can get in my hometown and certainly more than the field I was in a couple of days ago. The 7Artisans 25mm f1.8 is on my Fujifilm X-Pro3 and my settings are dialed in. I walk a quick lap through the city while snapping away at everything and everybody I cross paths with. The occasional quirky character finds their way in front of my lens but I’m rarely ready to properly take a photo. Setting my focus to a specific zone in front of me sounded easy enough but I constantly misjudge how far I am away from my subjects. Having to adjust focus this quickly proves to be way more difficult then I thought as well. Despite my largely failed efforts, I still return home with a careful satisfaction.

Back at my desk, looking at the pictures on the big screen shows me that I absolutely nailed focus on a couple of photos. This means I certainly understand the theory, which is reassuring, but I’ll just have to continue doing the same thing for a while until I’m just as adequate in practice. So while I might’ve technically failed on these photos, the afternoon is far from a failure. Even though I might feel as inadequate and clumsy as I felt a couple of years ago when I started making photos, that feeling is rendered irrelevant by the sense of pride that I at least gave it a try. I know I would’ve been miserable if I didn’t.

Just like my trial and error with zone focussing, this newsletter is born from the same impulse. I gave myself a kickstart in learning how to write by writing something every day last year and this newsletter is the continuation of that journey. Because this is the 10th issue of Dialogue since going monthly (and the 15th in total) and that being worthy of a small celebration, I have a favor to ask.

Would you, kind person reading this, be willing to write back with your thoughts about this newsletter, please? I’m looking to upgrade the subscribe page and I think some testimonials would be a wonderful addition. I already have one (thanks, Phil!) but I would like to have at least four or five before I can make a proper section on the page. If you have only recently subscribed, of which there are a few of you (welcome!), feel free to reply at a later time when you have formed an opinion and feel inclined to share it.

If you have some thoughts, can you please share them with me by replying to this email? I’m looking for one or two sentences only, simply something that would fit in a tweet is perfect! Of course I’d use the positive ones as testimonials (with or without your name and a hyperlink to a place of your choosing, let me know what you prefer) but negative ones are also welcome. Those are valuable feedback that I can use to continue improving this missive. I understand your inbox is a precious thing with limited space and I respect your time and energy. So I want whatever resources I ask from you, to be worth spending on my creations.

Which brings us to the end of this month’s entry. Please do reply with your feedback, and I’ll be waiting for it in the final rays of sunshine of this abnormally warm end of October.

The kindest of regards, 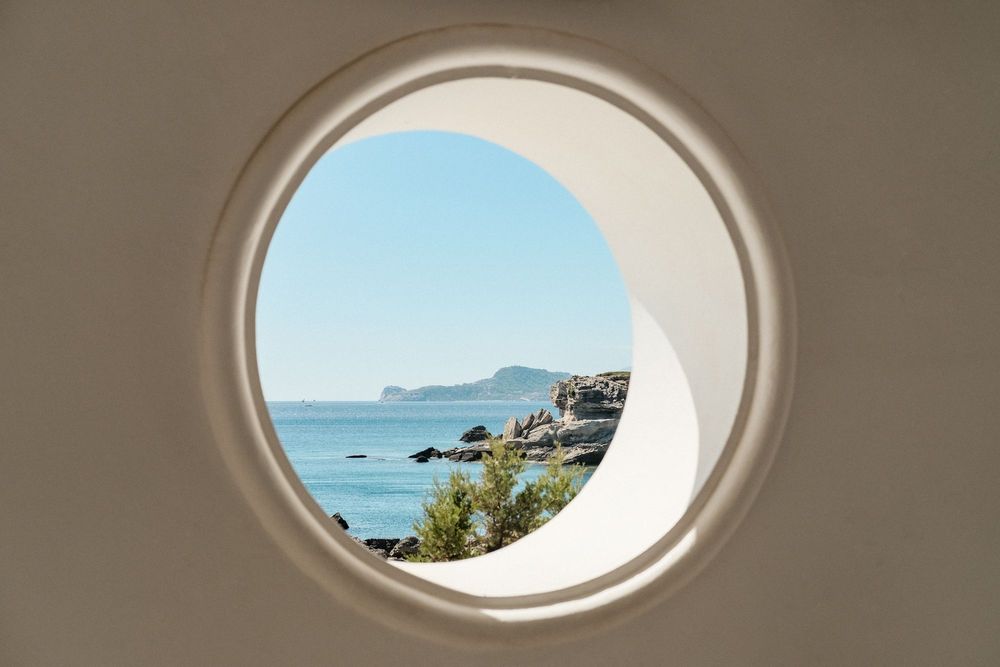 Dialogue
I went to London and turned into a street photographer 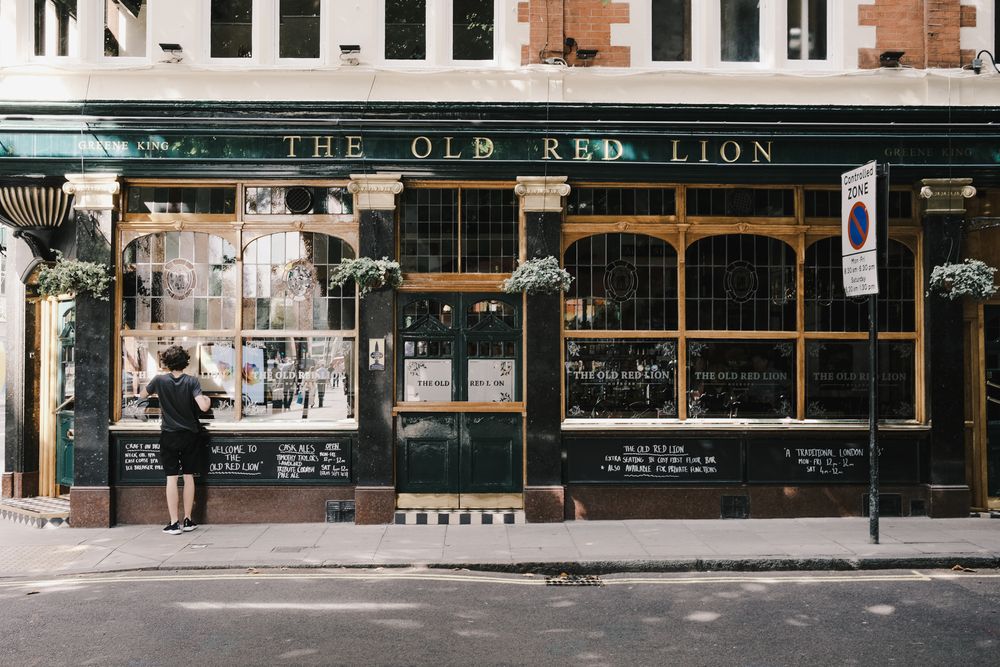 Dialogue
How to protect your work from oblivion 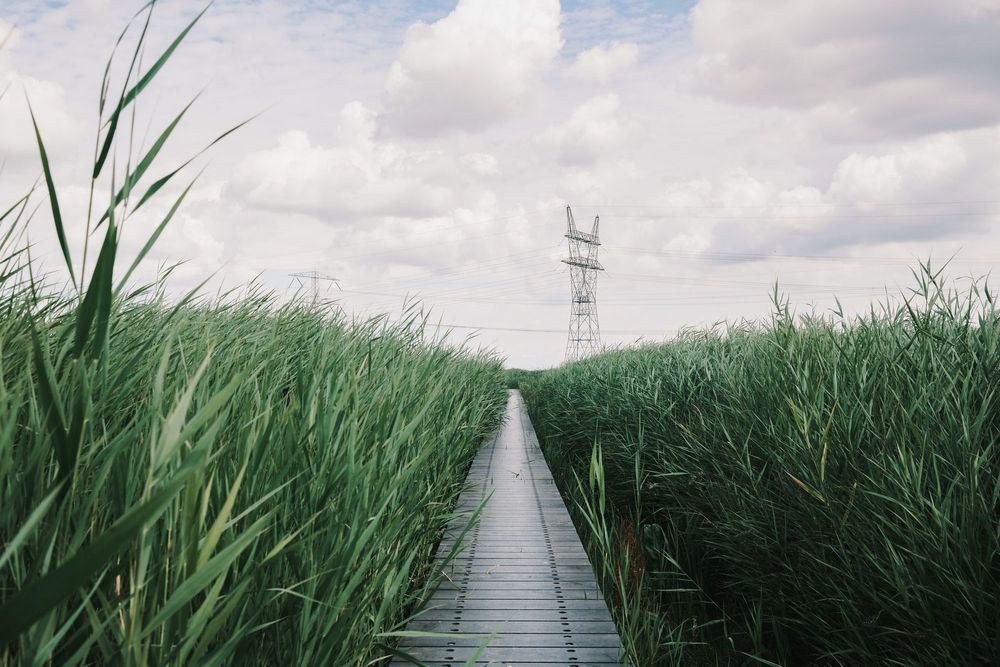